“All he saw was like chocolate and chocolate fondue and he put a ticket in this bag,” said Keith Redl of British Columbia, Canada. At a youth hockey tournament raffle, Redl’s 8-year-old grandson won $200 worth of marijuana edibles and paraphernalia.

The cannabis gift basket was among many that teams brought to the Dawson Creek Minor Hockey tournament’s traditional fundraiser earlier this month. Usual prizes include snacks, movie tickets, board games and other child-oriented items.

“My grandson thought he won a great prize,” said Redl in a phone interview with Toronto’s CTV News. “‘Dad, I won chocolate!’ ‘No, son, there’s bad drugs in the chocolate.’ How do you explain that to a kid?”

When he took his grandson to the tournament with his raffle tickets, he let him look around and place his tickets toward the basket of his choosing. It wasn’t until after his prize was claimed by the boy’s father that they realized the chocolates were cannabis edibles. The basket also included a pipe and lighter.

“And then at the end of the tournament (…) (the family) was notified that he won the one prize and it was this prize of $200 worth of pot,” said Redl. 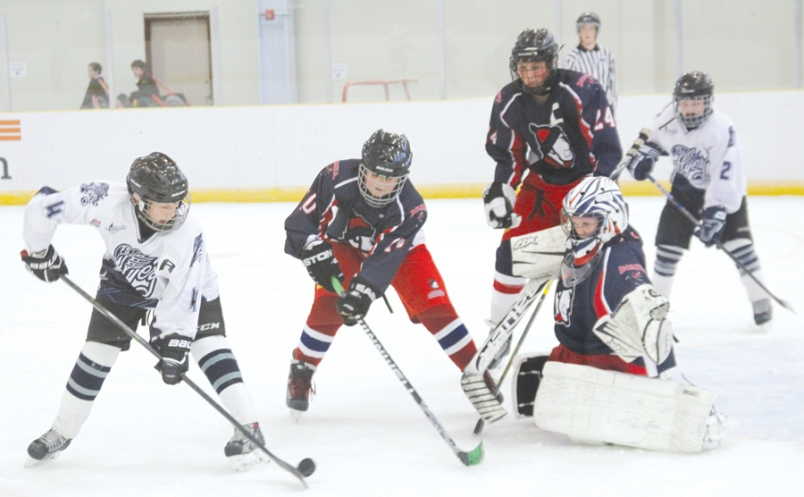 According to the Dawson Creek Minor Hockey Association, there aren’t any rules disallowing cannabis products from being included in the raffle. The association added that the basket was clearly marked as for adults only and that the boy’s father still collected the prize after knowing its contents.

“Amongst a number of prizes donated was a basket of cannabis products,” they wrote in a statement to CTV News. “The products did not appear on the donation table, only a photo and list of the items contained in the basket.”

“The raffle winner was told the basket contained cannabis products and was given the option of not accepting the prize,” the statement continued. “The winner chose to take the prize, their identification was checked to ensure they were of legal age (19+), and the donor then delivered the basket to the winners.”

“It was not our intention to upset any of the attendees at the event,” the association added. “The tournament is organized by volunteers and their objective is to have a fun tournament and raise money for DCMHA to allow hockey to be more affordable and more inclusive.”

The statement didn’t go over well for Redl, who said, “There is no place for drugs at a child's hockey tournament.”

“I was a policeman for 32 years and you (…) try to protect people from stuff and then your eight-year-old grandson brings up running into this, it’s just ridiculous,” he said.

“We are currently updating our policies to ensure that going forward our charitable events are in keeping with our policies and government policies,” they wrote.

stoneyspike 2 years ago
Report
might actually consider having kids if they can win me edibles!! lol
Update Cancel
Reply
View 2 repliesHide replies