After first appearing on the back cover of Grateful Dead’s 1973 LP History of the Grateful Dead, Volume 1 (Bear’s Choice), the band’s furry mascot is seen at the very front of the new shoe collaboration between Nike’s SB Dunk line and the Grateful Dead. The Steal Your Face skull, another widely recognized Grateful Dead logo, can be found on the underside of the sockliner. 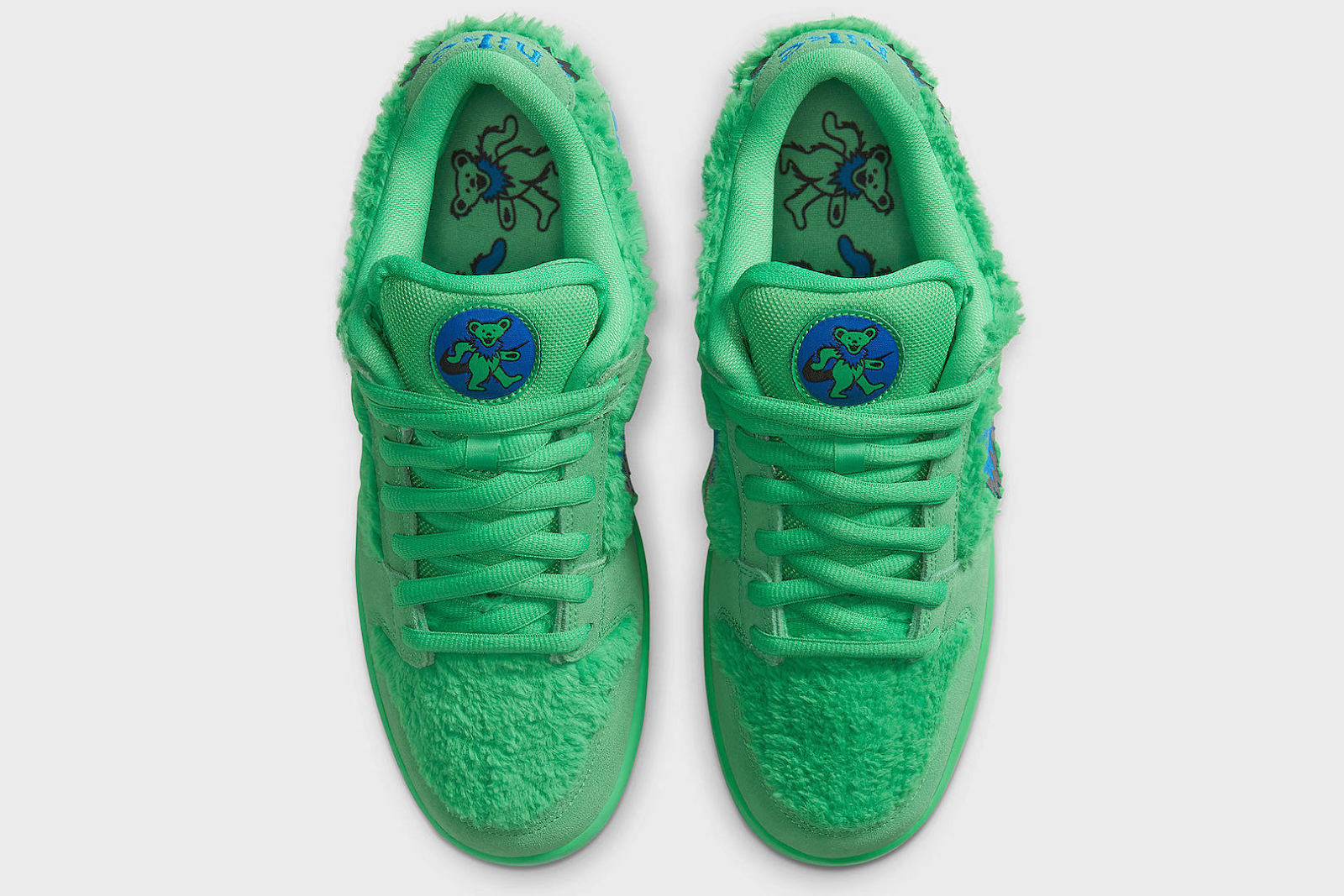 “The community-rich bond among Dead Heads is even more inviting thanks to the band’s fun, furry ambassadors,” said Nike in a statement on the shoe release. “While the bears may not have influenced the music itself, the man behind the bears — an enigmatic audio engineer nicknamed Bear, who helped develop the group’s Wall of Sound system as well as the cartoon symbol — certainly did, and his work brought a resounding impact to the Grateful Dead’s legacy, much like Nike SB founder Sandy Bodecker’s impact on the Dunk and skate culture.”

"As the band’s benefactor, Bear was an incredibly huge part of the Grateful Dead’s ability to become who they were,” said band archivist and manager David Lemieux. “They were talented musicians, but they would not have had the financial freedom to forgo jobs, move to Los Angeles and practice for 14 hours a day. The band wouldn’t become what it is today without Bear’s innovations and contributions. The same fiercely independent spirit from Bodecker helped create that authenticity within the skate community.” 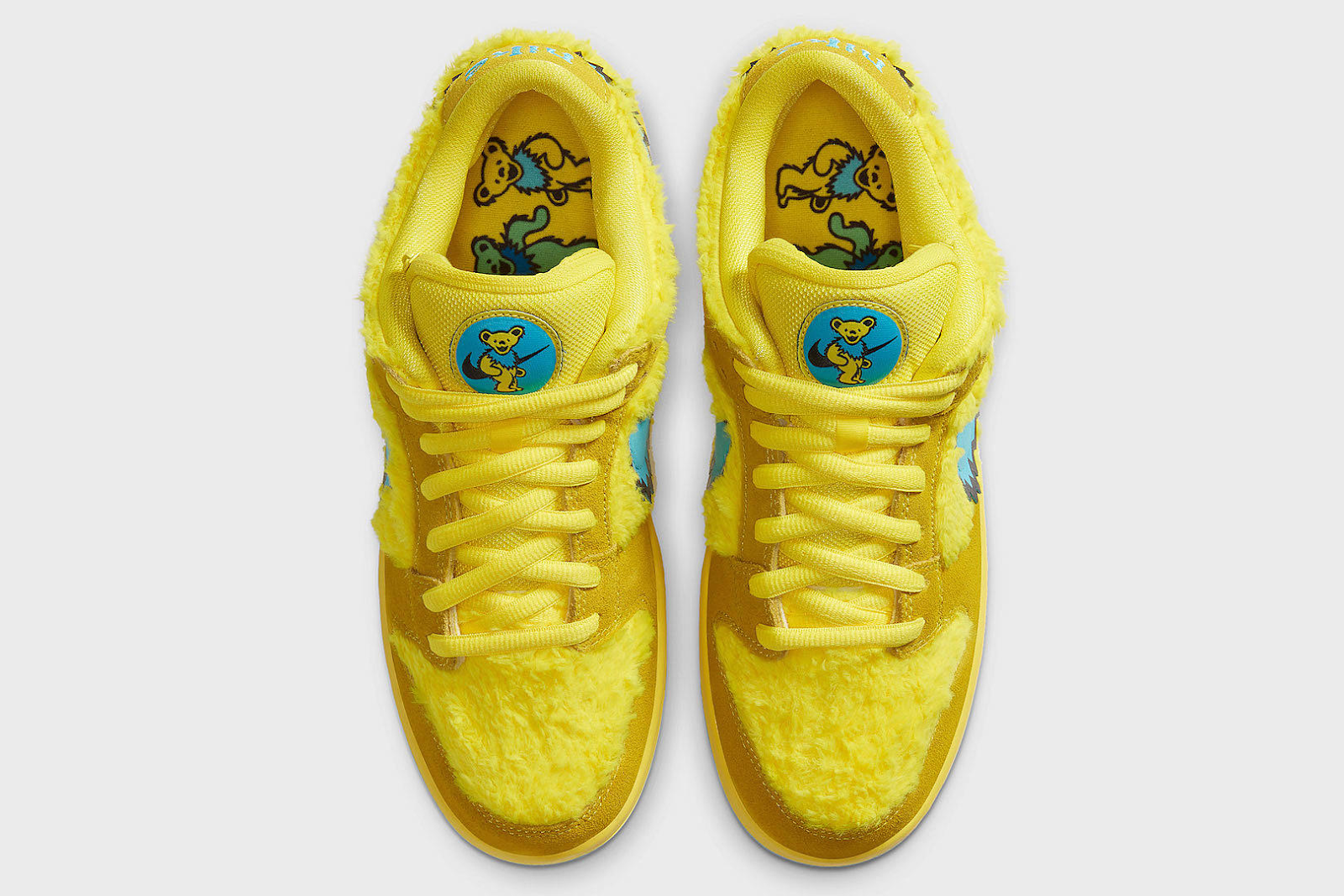 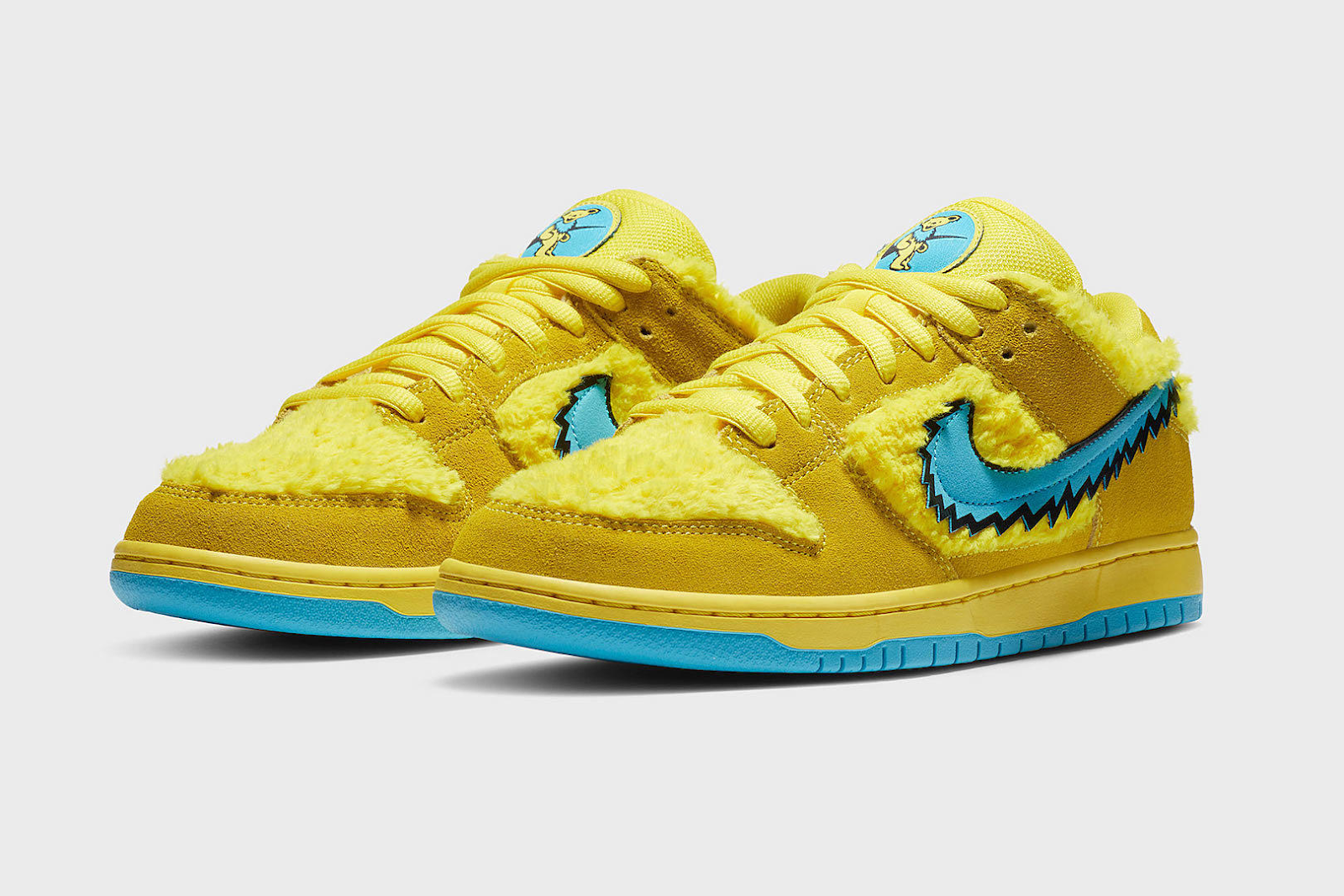 Available in three colorways, green, orange and yellow, “the shoe playfully features bear-inspired detailing, such as a faux-fur and suede upper, a frayed Nike Swoosh mimicking the bears’ collars and an image of the bear on the tongue,” said Nike.

When the microsite dead.net opened up at 9:00AM PT on Tuesday, the collaboration brought an immense level of traffic from shoe collectors and Dead Heads alike. Staff at Complex were among the hundreds of thousands of users virtually waiting in line and captured the screenshot below. 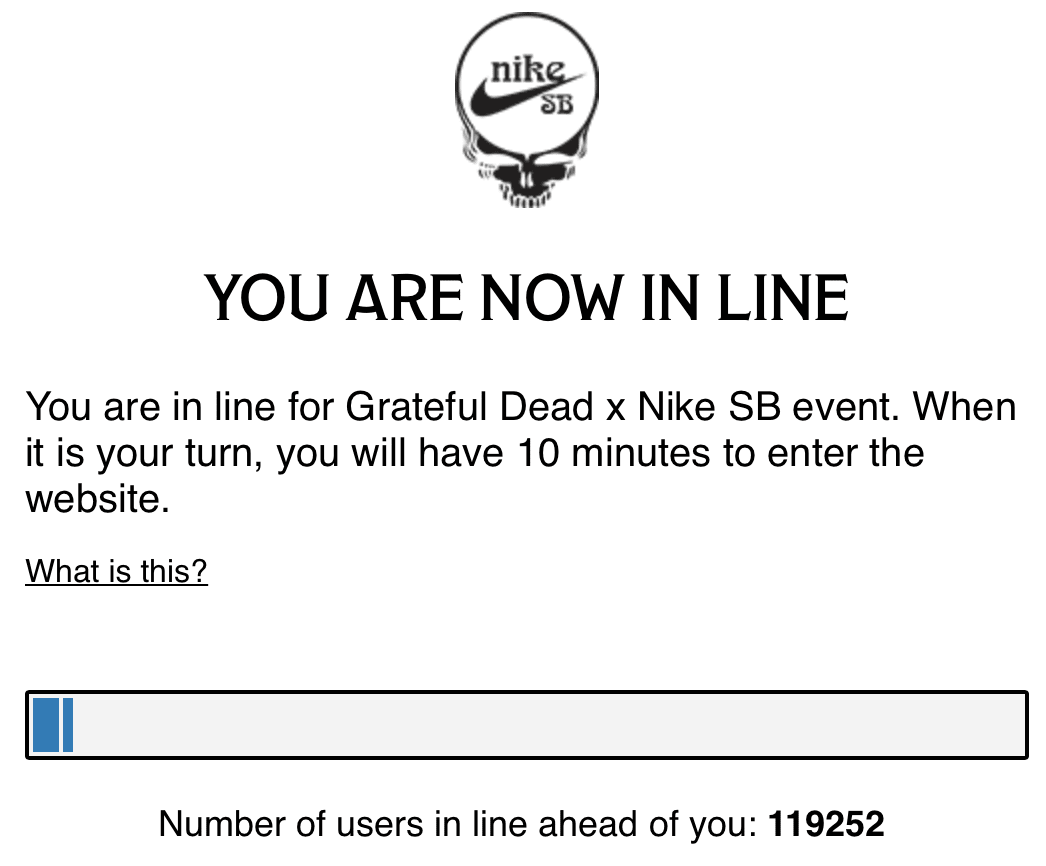 The same tongue that features the band’s iconic and omnivorous mascot is also where one would find that secret zip-up pouch. What one chooses to put in that hidden pouch is, of course, up to the wearer. 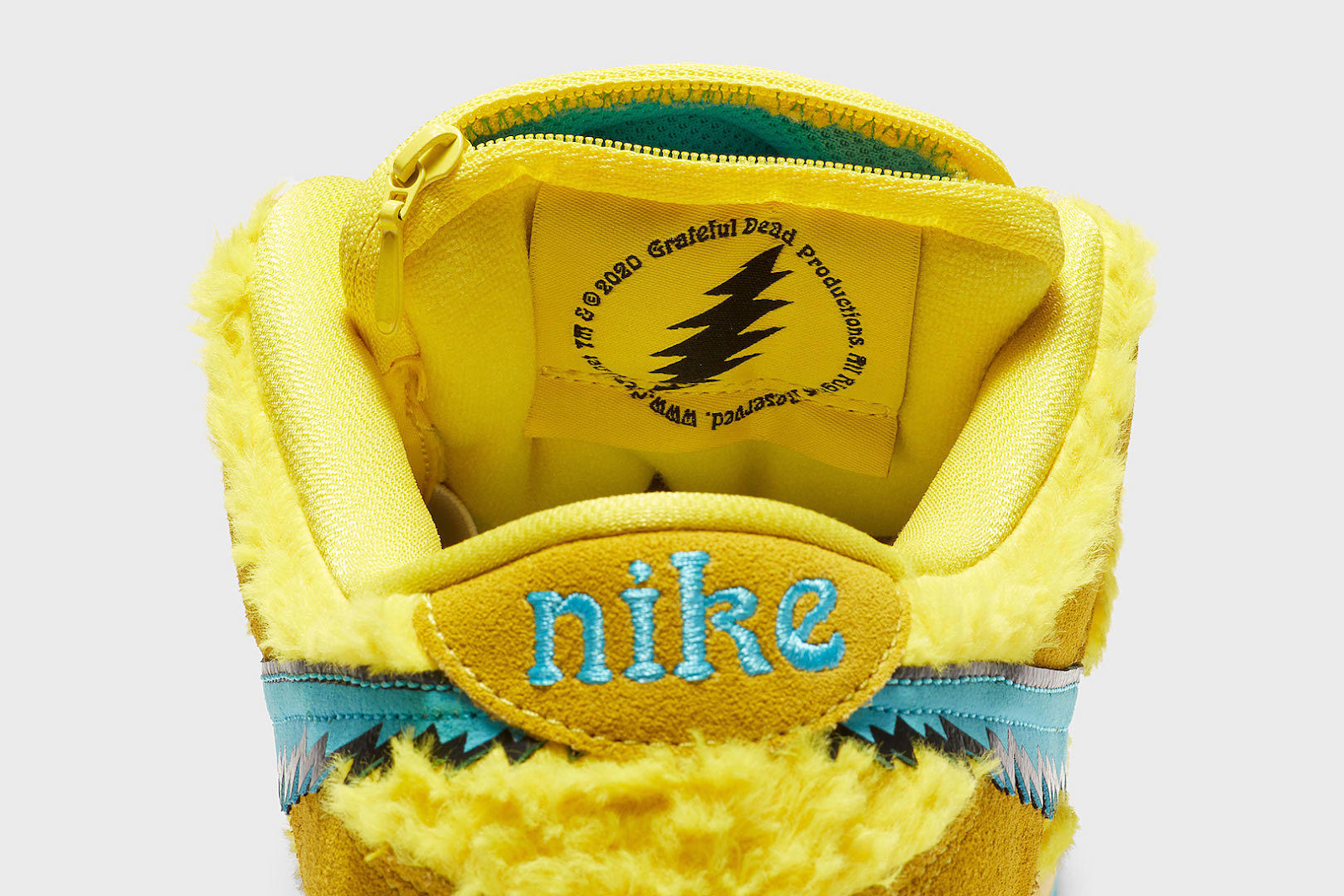 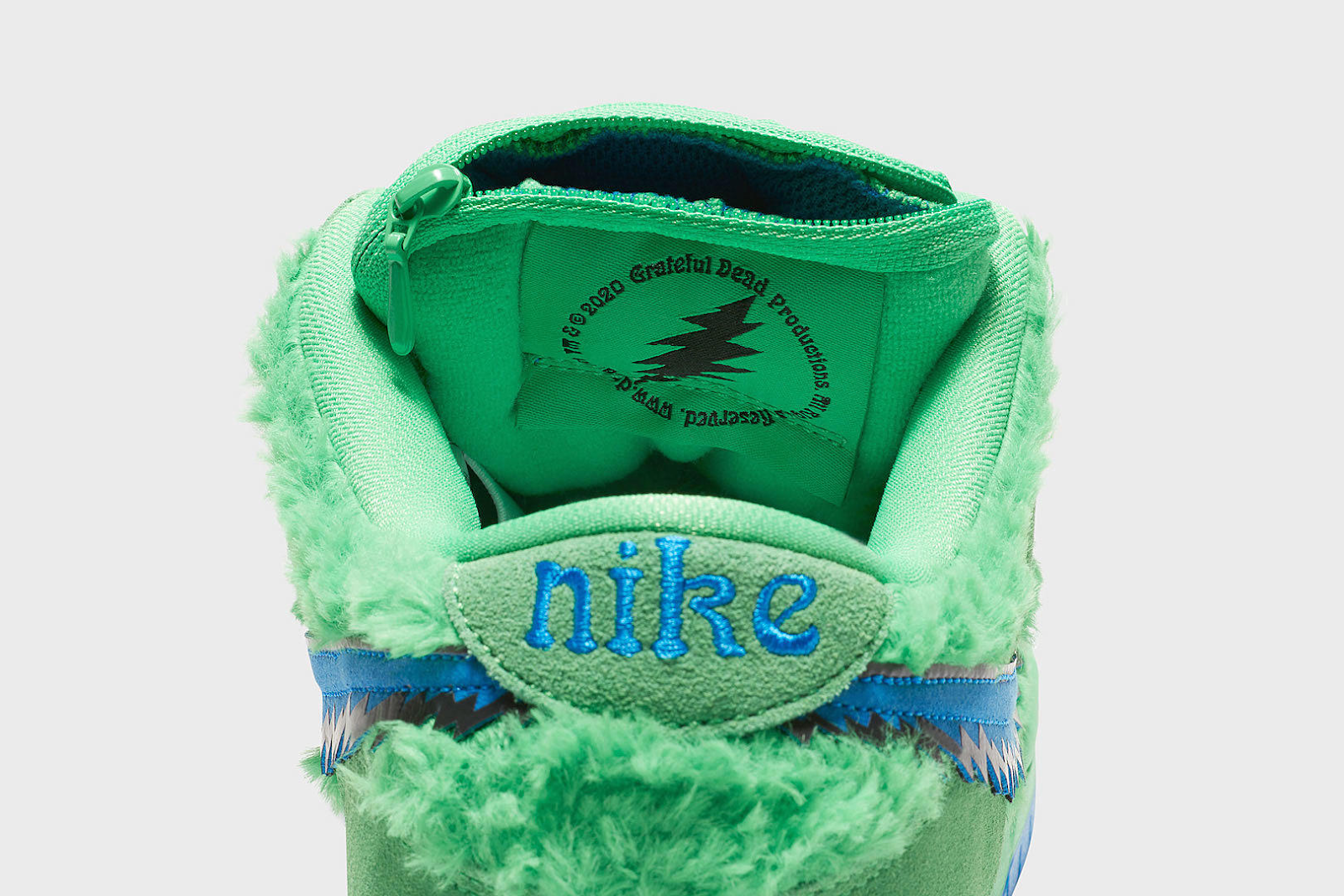 The year 2020 has got a lot of people around the world saying “What a long, strange trip it’s been (Truckin’, 1970),” and with the year only just halfway through, it has us wondering if “Maybe you had too much too fast (Shakedown Street, 1978),” so any bit of fun and happy news to help us in “having a high time (High Time, 1970),” is certainly welcome.

The orange option was released July 18. The yellow and green varieties will be available on July 24 at select outlets. PotBaba 8 months ago
Report
Well, I'll have to get me a pair of those. All hail Bear! :D
Update Cancel
Reply
View 0 repliesHide replies