Former New York City mayor and current Democratic candidate for President of the United States Michael Bloomberg expressed his belief that cannabis use may be harming the development of the nation’s youth and that legalization efforts should be slowed down. His comments came during this week’s Democratic debate in South Carolina.

“They haven’t done enough research and the evidence so far is worrisome,” Mr. Bloomberg said. “Until we know the science, it is not sensible to push ahead.” 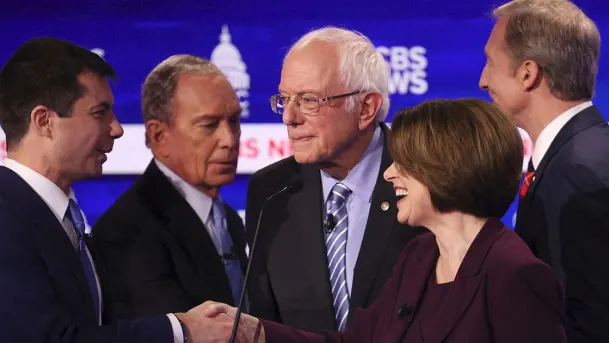 Bloomberg’s comments took place during a spirited clash between the candidates over cannabis legalization. While on the subject, Sen. Amy Klobuchar was asked whether Sen. Bernie Sanders’ plan to implement an executive action to federally legalize marijuana within his first days of office, should he win the election in November, is realistically feasible.

“It is realistic to want to legalize marijuana. I want to do that too,” Klobuchar said. “I also think you need to look back at people’s records. You maybe can’t do that on day one, as he said. I think you want a process that you go through because there are too many people that have things on their records that stopped them from getting jobs.”

Former Mayor Bloomberg has faced sharp criticism for policies he enacted during his tenure in New York City, particularly stop-and-frisk, which was shown to have disproportionately targeted people of color. He is also one of only two Democratic candidates to oppose swift and sweeping recreational cannabis legalization. The other is Former Vice President Joe Biden.

“The first thing you should do is we should not make this a criminal thing if you have a small amount. For dealers, yes. But for the average person, no,” Bloomberg said. “You should expunge the records of those that got caught up in this before. Number two, we’re not going to take it away from states that have already done it.”

He continued, “you should listen to the scientists and the doctors. They say go very slowly, they haven’t done enough research and the evidence so far is worrisome. Before we get all our kids—particularly kids in their late teens, boys even more than girls—where this may be damaging their brains, until we know the science, it’s just nonsensical to push ahead.”

“But the cat’s out of the bag,” he added. “Some states have it, you’re not going to take it away. Decriminalize the possession.”

It was then that Sen. Sanders took the opportunity to defend his plan, as well as take some not-so-veiled digs at his opponent.

“We have a criminal justice system today that is not only broken, it is racist. We’ve got more people in jail than in any other country on earth, including China. One of the reasons for that is a horrific war on drugs,” he said. “I do believe that on day one, we will change the federal Controlled Substances Act which, if you can believe it, now equates heroin with marijuana. That’s insane.”

We are going to legalize marijuana on day one of my presidency. #DemDebate pic.twitter.com/j7qhg1jwz7

“What we are also going to do is move to expunge the records of those people arrested for possession of marijuana,” said Sanders, the first major presidential candidate to call for legalization during his 2016 campaign. “And I’ll tell you what else we’re going to do. We’re going to provide help to the African American, Latino, Native American community to start businesses to sell legal marijuana rather than let a few corporations control the legalized marijuana market.”