HistoryHigh Moments In Black History: Who Was “Uncle Tom”?

Watch History High's video on The Inaccuracy of the Uncle Tom Meme!

Black History Month is a time when we focus on the contributions and accomplishments of living black people or historical figures. It is important to also take note of events and other influences that shaped the course of American Black History. One such influence is a fictional character from a book written in 1850 and published in 1852 that is said to have laid the groundwork for the civil war, yet the lead character would later become the eponym for one of the most derogatory terms in the black community. 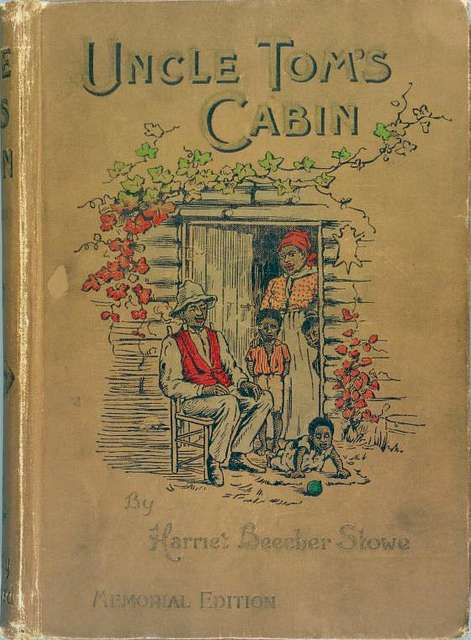 Harriet Beecher Stowe was a white American author and abolitionist. Harriet was born Harriet Elisabeth Beecher on June 14, 1811 in Connecticut was the sixth of eleven children. According to the Harriet Beecher Stowe Center in Hartford Connecticut, the parents of the Stowe children expected them to influence the world around them. To that end, all seven of the Beecher sons became ministers, one daughter was a pioneer in children’s education, the younger daughter founded the National Women’s Suffrage Foundation and Harriet followed what she believed to be her true purpose--to write. Harriet showed promise as a writer at an incredibly young age winning a school essay contest at seven years old. 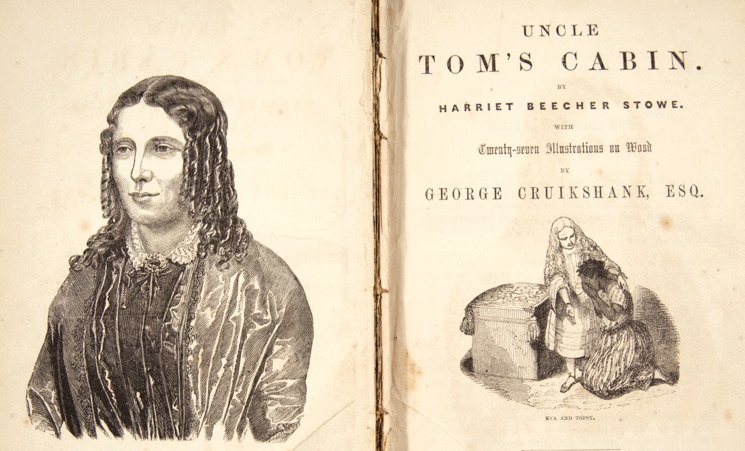 In 1843, Stowe (who married in 1832) wrote an anti-slavery tract called “The Coral Ring.” In 1851, an abolitionist newspaper called “The National Era” commissioned Stowe to write a story to be run in installments that would paint a word picture of slavery. In the beginning, Harriet expected to write three or four chapters but her work “Uncle Tom’s Cabin” or “Life Among the Lowly'' turned into over 40 chapters and became one of the bestselling novels in history some report that it outsold the Bible.

The original text of “Uncle Tom’s Cabin” depicts Tom as a young, dignified, God-fearing man who could read and write. Harriet based her Tom character on an actual slave named Josiah Henson who had escaped via the Underground Railroad. Tom, on several occasions, had the opportunity to turn his back on his fellow slaves but on every occasion accepted his horrible fate for not turning on his back on the others.

In an article published by the University of Virginia, the author writes that by the beginning of the 20th century “Tom Shows'' or moral dramas were a lucrative industry in the North bur received vile criticism in the South leading to the anti-Tom’s who erased all abolitionist references by substituting the characters with anti-black racial stereotypes such as the long-suffering slave and dark-skinned mammy character. Tom himself was often portrayed as an old slave with a cane more akin to the other stereotypical fictional character Uncle Ben. The actors in these shows performed in black face depicting slavery from the Southern point of view. One such adaptation and possibly the most noteworthy is the 1927 silent film produced by Universal Pictures costing more than 2 million dollars. The ending of these shows often portrayed Tom as giving his life for his Master as opposed to the books ending where he gave his life to protect the other slaves. It was these adaptations that would continue to tell the story of Uncle Tom and shape how blacks would be shown in film. 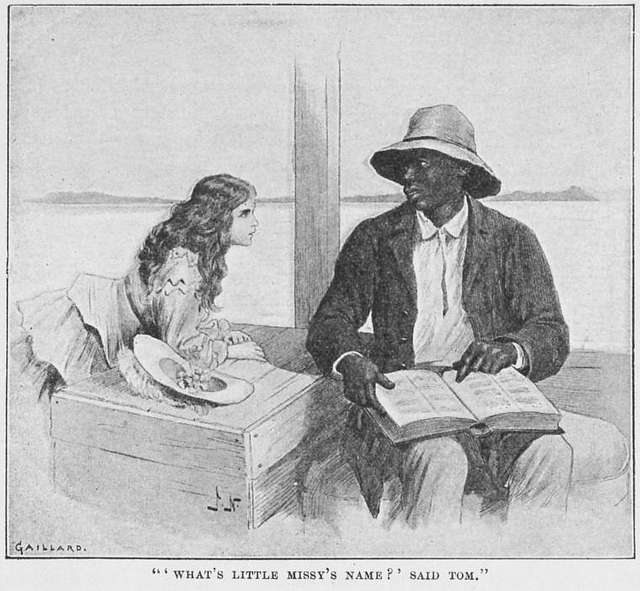 Now, do not assume that Stowe’s original novel was perfect in its portrayal of slave life because it was not and even in the newest adaptation of “Uncle Tom’s Cabin,” which we will discuss later, to some degree romanticizes plantation life and portrays the “good” white people as almost angelic saviors, which I am sure is a carryover from the book. However, Harriet did humanize blacks in her novel showing that they also had feelings, families, and dreams.

Growing up through the 70s and 80s in a small all black subdivision in Texas, it was not uncommon to hear someone referred to as an “Uncle Tom.”  An “Uncle Tom” was always a black person (usually male) who would turn his back on black people to gain the acceptance and approval of whites. Urban Dictionary also defines “Uncle Tom” as someone who has what some might consider “white” mannerisms and speech. In this writing, we will be referring to the first definition.

The first public use of the phrase “Uncle Tom” has been attributed to Marcus Garvey, the organizer of the first Black Nationalist Movement. Although I do not hear this term used very often anymore if you ask the black community about the origin of the phrase, they will undoubtedly say Uncle Tom’s Cabin and that sell out slave Tom who was killed defending his Master even though I am not sure how this played out in the Anti-Tom plays. 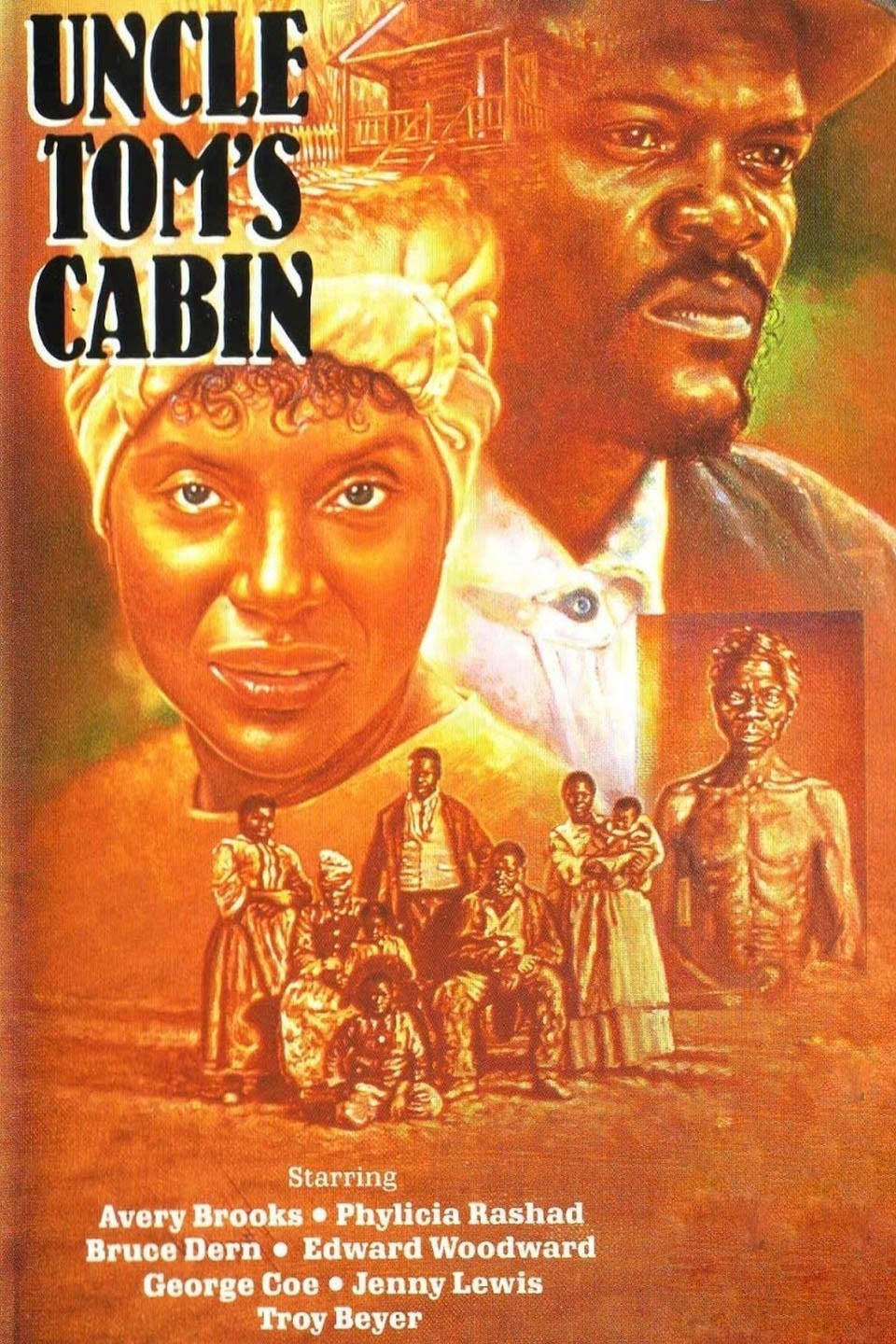 In 1987, Showtime produced a television adaptation of “Uncle Tom’s Cabin” that attempted to stay true to the original novel. This version starred Avery Brooks, Phylicia Rashad and Samuel L. Jackson. It is this adaptation that I will be referencing for this writing.

Rest assured there is some tom foolery provided by the two slaves who ratted Tom and another female slave out which acts as the catalyst for the climactic ending. Keep in mind that I am working from the screen adaptation which may or may not differ slightly from the novel. At the end of the book 2 female slaves (one of whom is the female slave mentioned earlier) decide to escape the evil slave master Simon Legree. When Tom refuses to tell Simon the location of the two women, he is beaten to death by the two slaves who I am quite sure were depicted as the “good negroes” by the Anti-Tomers.

In studying this, I learned that it is important to understand the origins of the terms and information we blindly repeat. In the case of Uncle Tom not only have we created an expression to demean others, but we have used it in opposition to what it should represent. It is also another example how the black community has come to claim and embrace an idea that was created by an oppressive system without having a clear understanding of its meaning or origin and without taking the time to gain that knowledge.