When asked in 2016 for an efficacious cure to a hangover, Anthony Boudain said, “Aspirin, cold Coca-Cola, smoke a joint, eat some spicy Szechuan food. Works every time.”

“There’s actually not a lot of study on this,” said Kent Hutchison, a professor of psychology and neuroscience at the University of Colorado in Boulder and the Founder of the Center for Research and Education Addressing Cannabis and Health (CU REACH). Dr. Hutchison has launched a program of online educational courses at CU focused on cannabis and health.

While Dr. Hutchison is the principal investigator or co-investigator on three new National Institutes of Health (NIH) funded studies that examine the effects of cannabis products (flower, edibles, concentrates, ect.) purchased in the state of Colorado, he says that there aren’t even many studies on hangovers in general, let alone on how cannabis affects them.

But Hutchison says that there are areas in which marijuana might help counteract the effects of a hangover. It’s important to note, though, that the vast majority of this evidence is, so far, anecdotal. Many attest to experiencing headaches during a hangover. Many also attest to experiencing pain relief after cannabis consumption, particularly with a product with a mixture of THC and CBD levels.

However, a clinical study in 2017 published in Cannabis and Cannabinoid Research couldn’t prove marijuana’s effects on headaches. According to the study, “Although clinical trials of cannabis for neuropathic pain have shown promising results, there has been limited research on its use, specifically for headache disorders.” The study’s abstract continues, “but there are sufficient anecdotal and preliminary results, as well as plausible neurobiological mechanisms, to warrant properly designed clinical trials.”

In the same vein, cannabis has been known to alleviate symptoms of nausea and anxiety. 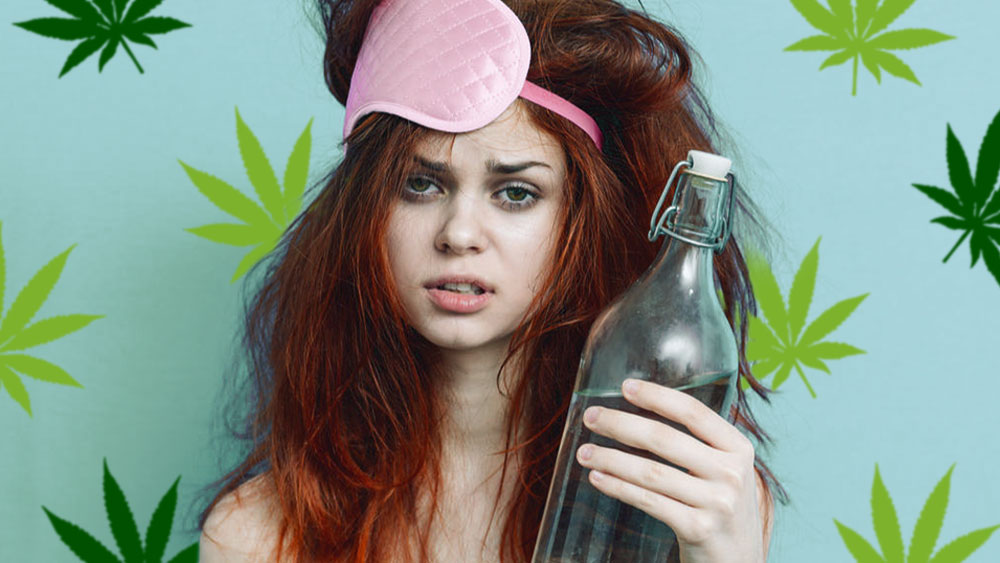 When it comes to absolute foolproof hangover prevention, Elaine M. Burns, a naturopathic medical doctor, says that the only way is to “A, avoid it to begin with, then B, treat the symptoms.” She added that even if clinical evidence were to support marijuana’s effects on hangovers, it’s less of a cure and more of a treatment.

Dr. Burns’ tips for hangover avoidance include the classics, like minding your alcohol consumption and drinking a glass of water between every drink. “It’s about rehydrating,” she says, “with water and electrolytes.” Dr. Burns recommends magnesium supplements, vitamin C, potassium and most ideally an IV drip with magnesium, if accessible.

As of now, the science isn’t in yet on whether or not marijuana can be a proven hangover remedy. Without supportive clinical evidence, anecdotal evidence is all we’ve got. Until then, personally, I’ll take Bourdain’s word for it.