Can Hemp Pollen Save The Bees?

“Industrial hemp can play an important role in providing sustained nutritional options for bees during the cropping season,” reads a study published this month in Biomass and Bioenergy. Because there are few other crops that pollinate in the region during the same time period, Colorado State University researchers set 10 traps in northern Colorado industrial hemp fields and collected bees over the course of five days during the peak of the flowering season to determine whether hemp could be “a potentially valuable source of pollen for foraging bees.” “Industrial hemp, (Cannabis sativa L.), one of the earliest crops spun for fiber, is now used for a variety of commercial products including paper, textiles, clothing, biodegradable plastics, biofuel, food, animal feed etc., all of which are derived from hemp fiber or seeds,” says the study. “Being wind pollinated, dioecious and staminate hemp plants produce large amounts of pollen that are attractive to bees.”

“While hemp does not produce any nectar, the pollen rich nature of the flowers can make hemp an ecologically valuable crop.”

The significance of this study lies in that it can help ecologists tackle the issue of declining bee populations, which play a vital role in maintaining “sustainable productivity in natural and agricultural ecosystems.”

This places an enormous importance on finding a suitable crop for bees to pollinate in order to improve their habitats.

“In addition, access to crucial phytochemicals through pollen and nectar from diverse plant sources is important for improved survival and pathogen tolerance in honey bees,” the researchers wrote. “Further studies analyzing the nutritive value of hemp pollen, would provide strong evidence in support of the ecological benefits.” 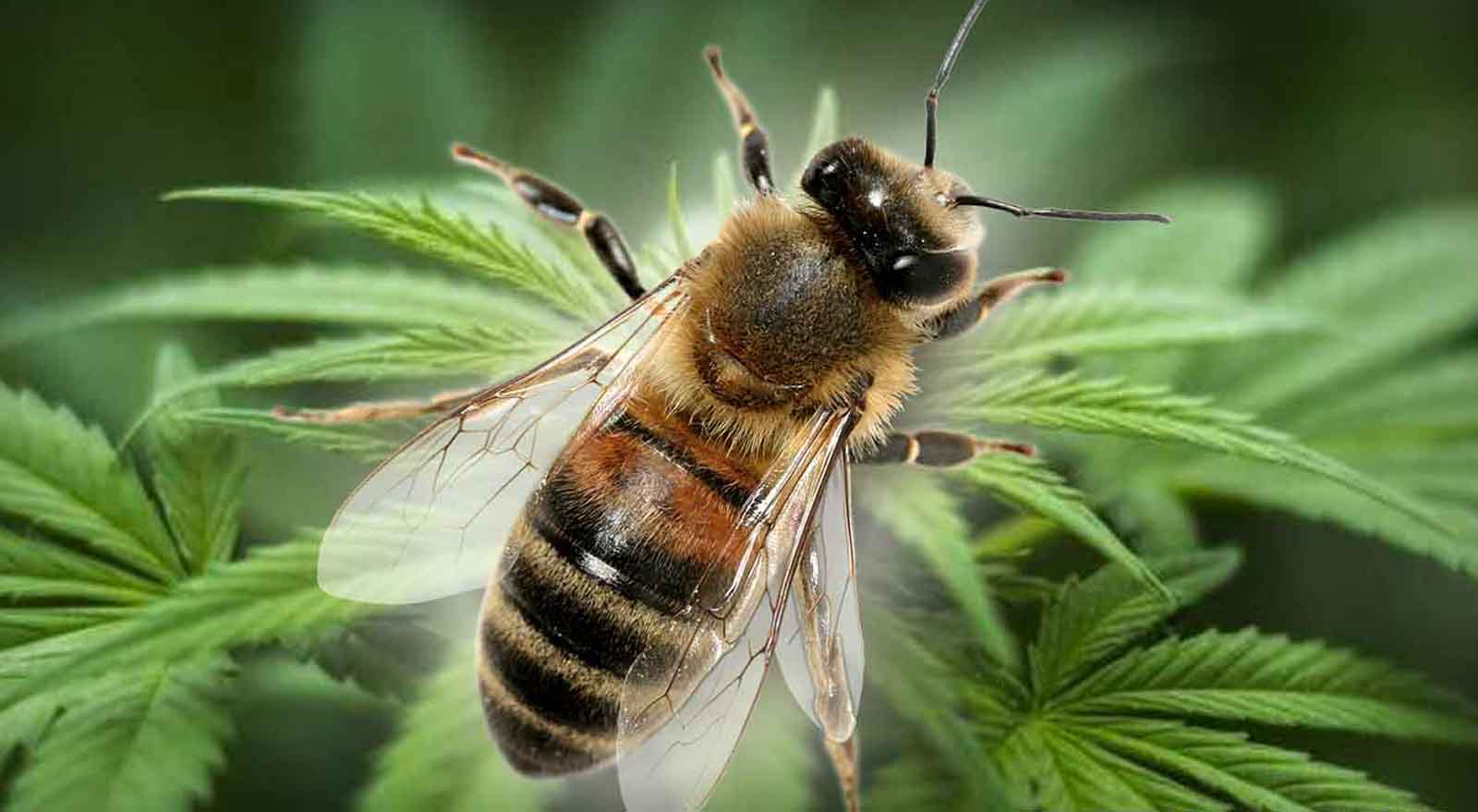 Another subject the report addressed was the increase of crop infecting pests as federal legalization leads to continual hemp growing and cultivation.

“We expect insect pests on hemp to also become prevalent. Our results documenting bee diversity in flowering hemp provides the impetus for the development of integrated pest management plans that protect pollinators while controlling pests.”

Another study published in Environmental Entomology in 2019 found similar results in the potential for the hemp industry to benefit bee population numbers.

“We made repeated sweep net collections of bees visiting hemp flowers on farms in New York, which varied in both landscape context and phenotypic traits of hemp varieties. We identified all bee visitors to the species level and found that hemp supported 16 different bee species,” the study says.

“Because of its temporally unique flowering phenology, hemp has the potential to provide a critical nutritional resource to a diverse community of bees during a period of floral scarcity and thereby may help to sustain agroecosystem-wide pollination services for other crops in the landscape.”