The Washington Post reported earlier this week that under a President Sanders, the federal legalization of cannabis would be in consideration as a “first days in office” executive order. This would mean that Democratic presidential candidate Bernie Sanders would move marijuana legalization forward without waiting for approval from Congress if he were to be elected.

This order is among a list of potential actions written by Sanders’ campaign manager Faiz Shakir, senior adviser Warren Gunnels and policy director Josh Orton. The list also includes declaring climate change a national disaster and opening the U.S. to importing prescription drugs from Canada. According to the Post, the list has yet to be officially signed off by Senator Sanders.

We must legalize marijuana, but that is not all. We will also ensure that revenue from legal marijuana is reinvested in communities hit hardest by the War on Drugs, especially African-American and other communities of color.

“As we continue discussing the early work of your presidency and the progress we can make, below for review is a brief overview of executive actions you could take early in your administration,” says a campaign document obtained by The Post. “We cannot accept delays from Congress on some of the most pressing issues, especially those like immigration where Trump has governed with racism and for his own corrupt benefit.”

Earlier this month, staffers and a congressman toured a Las Vegas, Nevada dispensary on behalf of Bernie Sanders to discuss the necessity for cannabis law reformation.

“After years of an unjust War on Drugs, it’s time we work to ensure all communities can benefit from legalization—[Sanders’s] marijuana legalization plan will do just that,” Rep. Mark Pocan  tweeted following the visit.

“There’s a lot of people who will vote on this issue, and since [former Vice President Joe Biden] has come out against legalizing cannabis, I think it’s a very important issue for him to emphasize,” Tick Segerblom, a former Nevada senator and current Clark County commissioner, told Marijuana Moment. 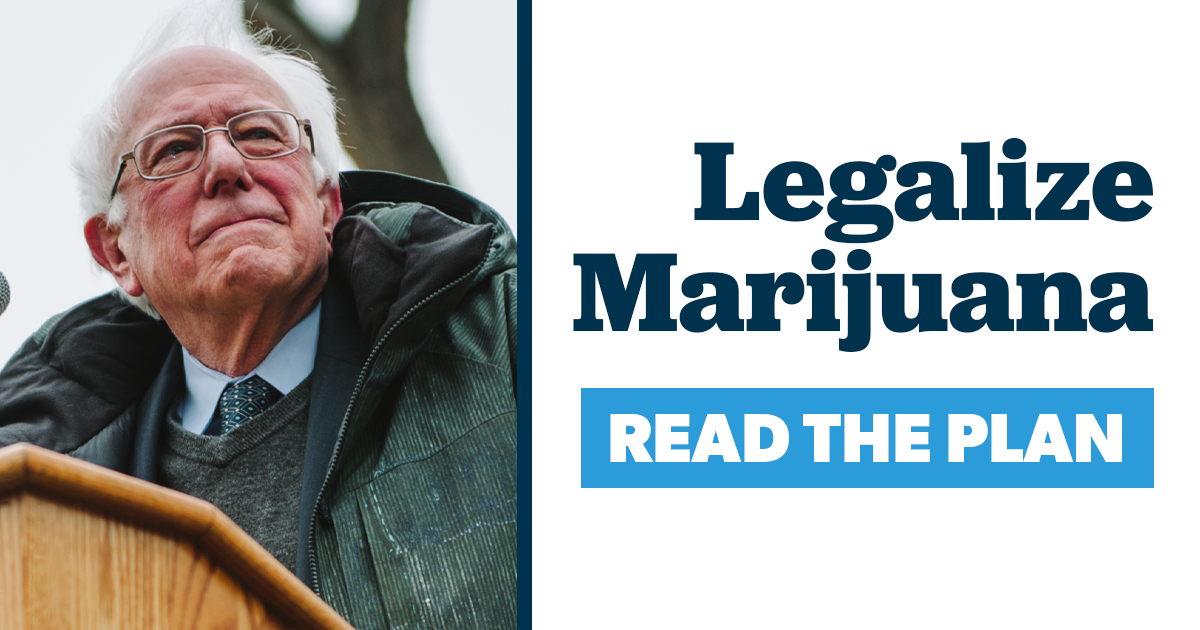 In an appearance on Showtime’s Desus & Mero, Sanders laid out his 3-step plan on legalizing cannabis nationwide. First, he would designate an attorney general to fully ending the War on Drugs, followed by an executive action to federally deschedule cannabis within his first 100 days in office. He would then press Congress to pass marijuana legalization legislation.

Sanders’ second phase would “expunge the records of those people who’ve been arrested for marijuana” he said.

“The third thing we do—which is really important I think—as we move toward the legalization of marijuana, I don’t want large corporations profiting,” he said. “I want the people who’ve been hurt the most to be able to benefit. The folks who should be involved in the legal marijuana business will be people of color.”

This would include reinvesting tax revenue from marijuana sales into the communities that have been the most heavily impacted by the War on Drugs.